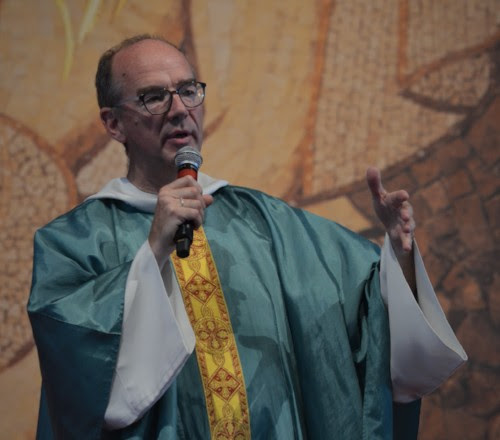 Dear brothers and sisters,On this day of the Feast of the Presentation of Jesus, it is with great joy that we share: the Holy Father, Pope Francis, appointed our brother Fr Philippe Christory, Bishop of Chartres, France. He entered the Emmanuel Community in 1984, and made his commitment in 1991, Philippe was ordained priest on June 27, 1992 for the diocese of Paris.
His was mainly in Paris for his ministry, first, as a curate in the La Sainte Trinité  Parish, then as a Parish priest in Saint Nicolas-des-Champs then of Saint-Laurent.  He was also a Spiritual Director of the Seminary and was in-charge of the Maison Saint Martin, the seminarian house, in Paris, France.  He was also a Parish priest of Sainte-Maxime et Cogolin in the Diocese of Toulon, France.  At the present moment, he is the Parish priest of La Sainte Trinité, in Paris, France.
From 2002-2011, Philippe was also a member of the International Council of the Community.
His Episcopal Ordination will take place on Sunday April 15, in the Cathedral of Chartres, France.May Our Lady of Chartres be with him in his new ministry in the service of the Church.

Henri-Marie Mottin,
In-charge for the ordained ministers of the Community